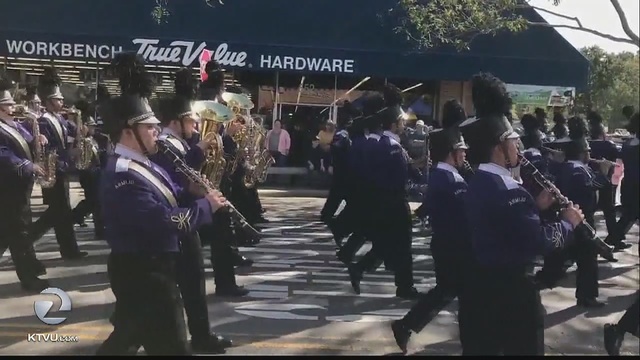 We are learning about a major theft at Armijo High School in Fairfield, CA that has left dozens of students shocked and saddened as their instruments were stolen from the school.

According to an article published by KTVU in Fairfield the students came to class ready to play as they have done every other day only to find that their instruments were missing from their storage cages.

As many as 40 instruments have been reported stolen. Most belonged to the school itself, but some of the member's personal instruments were stolen too.

"At Fairfield schools, we pretty much struggle," added parent T.
Johnson, " and everything is done through fundraisers, so now we're back to zero."

Police are investigating the crime and are asking for anyone with any knowledge of the robbery to come forward.

The school is hoping to borrow instruments from local communities that are willing to let them use them for the rest of the school year as they expect the insurance claim to take a while to be processed and for new instruments to be bought. If you and your band have extra instruments that you'd be willing to share with this band in need please let us know. We hope that this band doesn't have to cancel their entire spring season because of this.

Feel free to email us at cmb@sullivation.com